The incline treadmill for walking has become quite popular these days, as it offers a way to get great results without having to run or jog.

Although you can use these machines in the traditional way, they offer the additional benefit of being able to ramp up the angle significantly, letting you walk your way to your fitness goals.

More and more treadmills, especially those in the higher price ranges, come with some sort of incline capability...usually up to 10 or 15 degrees.

Incline treadmills, on the other hand, have much higher angling capability...25, 30, even up to 40 degrees on some machines.  Some of them come with decline capability as well, from -3 to -6%.

They are designed to help you target muscle groups you otherwise could not target, and burn a lot more calories than you would if you were walking on a flat surface. 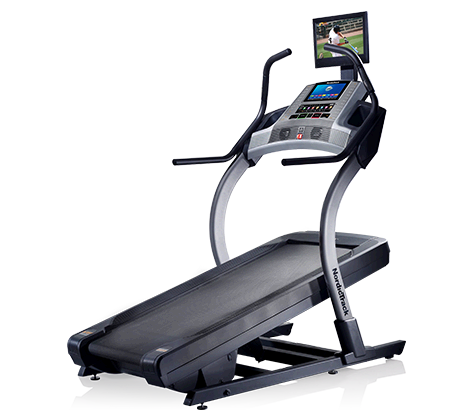 There are only a few companies that make a separate line of incline treadmills in addition to their traditional models.

Some of the best are the NordicTrack Inline Trainers, which include the base X11i, X14i, the mid-level X22i and the top of the line X32i treadmills.

All 3 of these models give you the great features that the company packs into their traditional treadmills, with the added bonus of up to 40% incline as well up to 6 degrees of decline.

You can compare all of these top NordicTrack incline trainers here

Another incline trainer for walking is the FreeMotion i7.9 and its up-level counterpart the i11.9 which give you up to 30% incline and up to 3% decline(less than the NordicTrack models)

However, these two are a lot more expensive and not necessarily worth the added expense.

There are currently two of these models on the market today, the base TreadClimber TC100 and the up-level TC 200 model.

There are other hybrid trainers out there, but they are more of an elliptical combined with other machines rather than a treadmill at heart.  So if you want an incline treadmill, these are your best options. 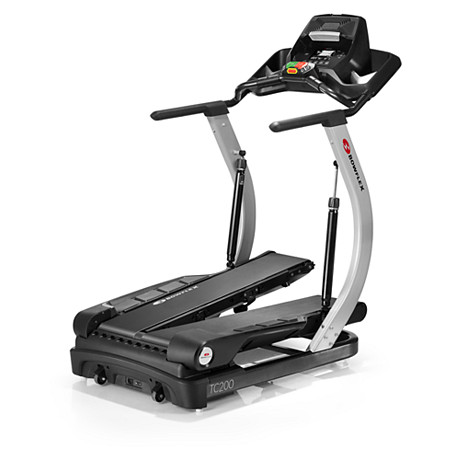 What are the benefits of walking at an incline?

By walking at an incline rather than walking flat, there are numerous health benefits for you.  For starters, whenever you are moving uphill it gets the heart pumping much faster than it would on a flat surface.  So in that regard you are getting a much better cardio workout in.

Second, walking uphill requires much more engagement from the muscles in your lower body, including the glutes, hamstrings, quads and calves.  So you're targeting those muscle groups much more so than you would be otherwise.

Obviously these health effects would be even more enhanced if you were running or jogging uphill.  But you can still achieve remarkable results by simply walking on a treadmill at any angle as opposed to using it flat.  Ramping it up to 40% like you can do on the NordicTrack Incline Trainers will really let you feel the burn.

So what's the bottom line?

Incline treadmills are really great for those who want to add an uphill dimension to their workouts and really hit those lower body muscle groups.  But keep in mind that they tend to be a little more expensive than traditional treadmills.

But keep in mind you can also use these treadmills with incline the traditional way, so it's almost as if you are getting an additional machine.  If you look at it that way, it's worth the additional cost in most cases.

Check out the current NordicTrack Incline Trainers on sale now!