The Ironman Acclaim Treadmill – We Wouldn't Buy This One

The Ironman Acclaim treadmill has a strong design and appealing overall package, yet still carries a monkey on its back by being from a fitness equipment company that went bankrupt. 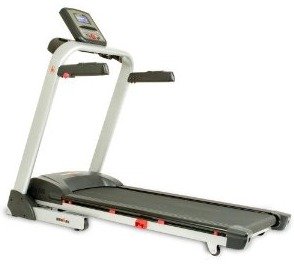 UPDATE:  Ironman Fitness no longer manufactures treadmills, sticking only with their elliptical line.  For a similar machine take a look at NordicTrack.

Since this treadmill was never a big seller, you won’t find many reviews on the Ironman Acclaim. It has been around for a couple of years and will stay around until the inventory sells off.

If you find one used or heavily discounted, it can be a good deal but see if you can find a third-party warranty to cover it since a new motor will cost about $200.

This would be a pretty good machine if you rolled back the calendar a few years but the Acclaim will never live up to its pretentious name. In fact, the Ironman Acclaim treadmill has to live down the reputation of a brand that went bankrupt in 2009 when parent company Keys Fitness went out of business.

And while a major name like Star Trac thought enough of the Ironman brand to take over the company (but not warranties on pre-2008 machines), it doesn’t make us want to go out and buy an Ironman Acclaim, not even for $999.

Show me other Ironman Treadmills