The NordicTrack Commercial X11i Incline Trainer turns a dull treadmill workout into an exercise experience you will look forward to doing.

It offers both incline and decline capability, along with tons of great workouts, a powerful yet quiet motor and wireless heart rate monitoring.

This is the most popular machine in the series, and with all of the great features, we can understand why.

Let's get into our review of this beast of a treadmill to what it's all about...

The 10" Smart HD touch screen console display includes a built-in web browser, powered by Android, so you can surf the web, post to your social pages or watch videos while you work out.

You can easily access exercise stats such as time, speed, distance, calories, etc., with just a finger touch.

The full specs on the NordicTrack X11i Incline Trainer are: 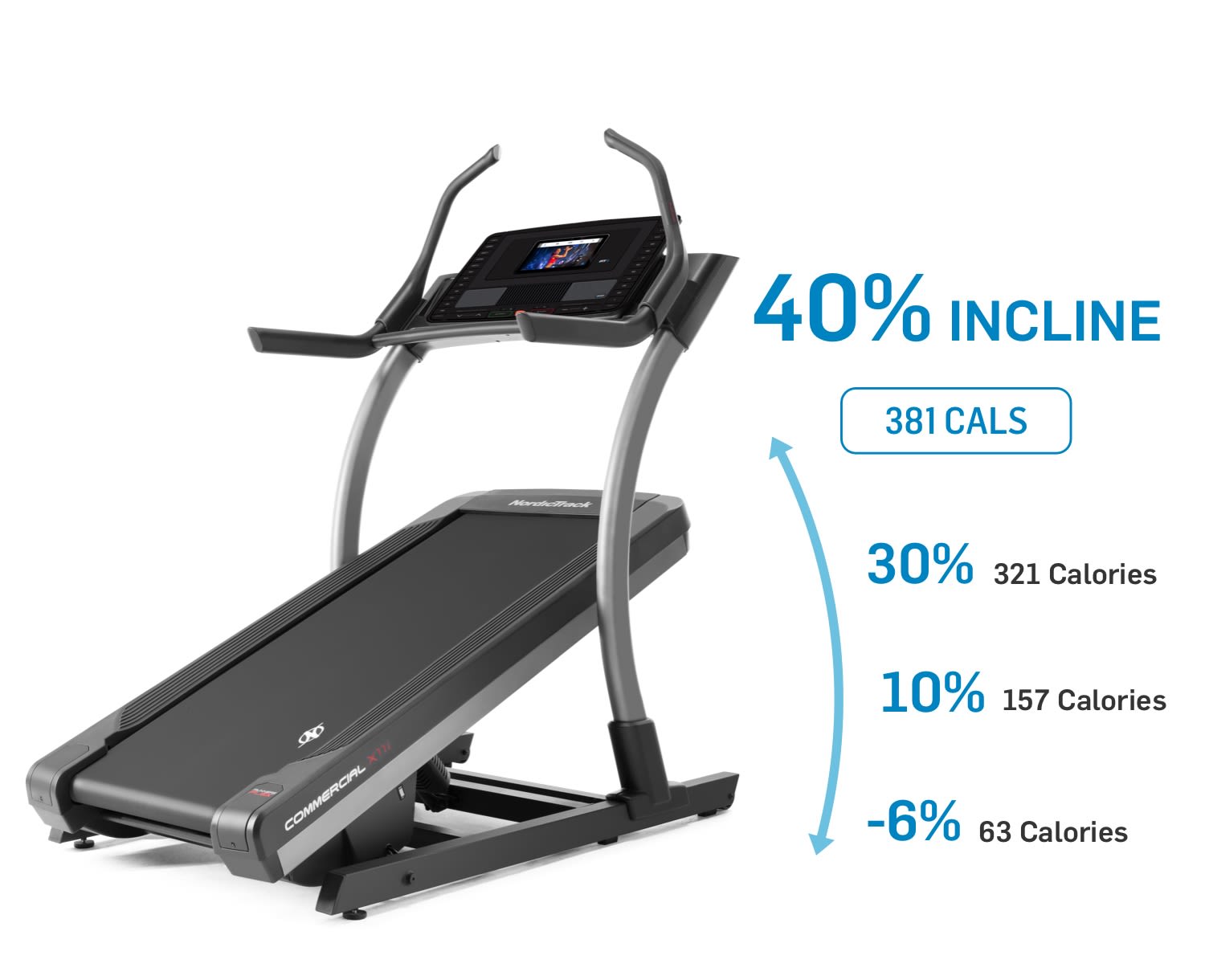 UPDATE: As of late 2020 it looks like the X11i might be discontinued, leaving the X22i and X32i as the remaining models. Check out Our NordicTrack Incline Trainers page for more info.

The X11i was recently redesigned with several upgrades worth noting, and the reviews from users and experts have been very positive thus far.

The mechanical specs on the NordicTrack Commercial X11i Incline Trainer include a heavy duty 4.25 CHP DurX™ Commercial Pro Motor (a big jump up from the former base model X9i's 3.0 motor) and an integrated belt drive system that delivers consistent and reliable power.

You can run at speeds up to 12 mph speed on the generously sized 22" x 60" running belt, one of the roomiest belts you will find on the market.

The advanced Reflex Cushioning under the deck helps to protect your joints by absorbing the impact of your foot strikes.

Other features on the treadmill include the touch screen Smart HD console, 2 workout fans, a wireless chest strap for the heart rate monitoring system and a plug-in for your iPod or MP3 player plus two 3" speakers.

The new iFit Coach technology gives you unlimited personalized workout programs, including those designed by pro trainers around the world.

With the Google Maps™ access, you can do virtual runs on any city street or park trail in the world.  You also get meal plan suggestions, sharing and tracking capability and a free wearable activity tracker with your membership.

But the main attraction of the NordicTrack X11i Incline Trainer is the incredible 0-40% incline/6-0% decline ramp to help you burn calories up to 5x faster than on a traditional treadmill.

To strengthen your legs, you can choose a manual setting, or use one of the iFit Coach programs that incorporate hill climbs and descents.

The programs automatically select incline/decline rates to simulate going up and down terrain – a great way to tone the muscles in the legs and butt, as well as condition the muscles of the heart and lungs.

UPDATE: NordicTrack recently added a new X22i incline trainer to the mix, with an incredible 22" HD display, the largest in the industry.  Take a look at that one as well.

An X32i was added with an even bigger 32" Smart HD touch screen!

The latest release is a new base X14i, which was introduced for the 2021 model year!

How Does the NordicTrack X11i Compare to the Other Incline Trainers? 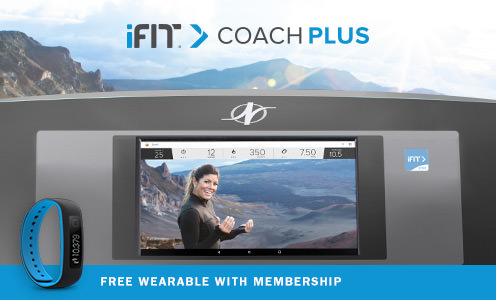 Currently there are four NordicTrack Incline Trainers: The X11i, X14i, X22i and X32i.

The X11i is the base model incline trainer.  There used to be an X7i and an X9i as well, but those were recently discontinued.

All of the Incline Trainers are great options, and they really don't have any competition as no other company currently offers this combination or incline and decline.

The differences between the four models basically lies in the displays and a few minor details.  Otherwise they are all very similar.

The X22i is nearly identical to the X11i, but with a 22" Smart HD touch screen, the biggest you will find on any home treadmill.

All four have 6% decline and 40% incline, wireless heart rate, 300 lb. max weight capacities and 44-50 built in workouts on top of the ones you get via iFit.

So choosing between the 4 really comes down to budget, as about $2200 separates the X11i from the X32i.

When it comes to the X11i vs X14i, X22i and X32i, our favorite in the series is the NordicTrack X22i as it gives you the stronger motor and the larger touch screen display.

What about the X11i vs the rest of the NordicTrack treadmills?

It's hard to make a comparison as they are a bit different, but they are most like the Commercial Series (1750, 2450, 2950) in as much as both have strong motors, advanced cushioning and incline as well as decline capability.

You'd choose an Incline Trainer if you want the more extreme levels of incline and decline for enhanced cardio and muscle targeting, as you can walk at those levels and burn a ton of calories.

If you're not quite sure you want those extremes, you'll be better served with one of the Commercial treadmills, which will also cost less to save you some money.

The cool advantage of these new incline trainers over the first models of a few years ago is the longer deck – so you can use it as a flat running treadmill as well as take advantage of the incline and decline features.

Thes newer models also get better reviews as they have worked out all of the kinks to produce a superior machine. The beefed up components plus the advanced touch screen console make it a dream to work out on.

At $2,499 or less on sale, the NordicTrack X11i Incline Trainer will be a great addition to the daily workouts in your home gym.

And if you are feeling adventurous, take a look at the new top of the line X22i and X32i, with huge, vibrant Smart HD touch screens that you won't see anywhere else.

Save up to 45% on new NordicTrack Incline Trainers! 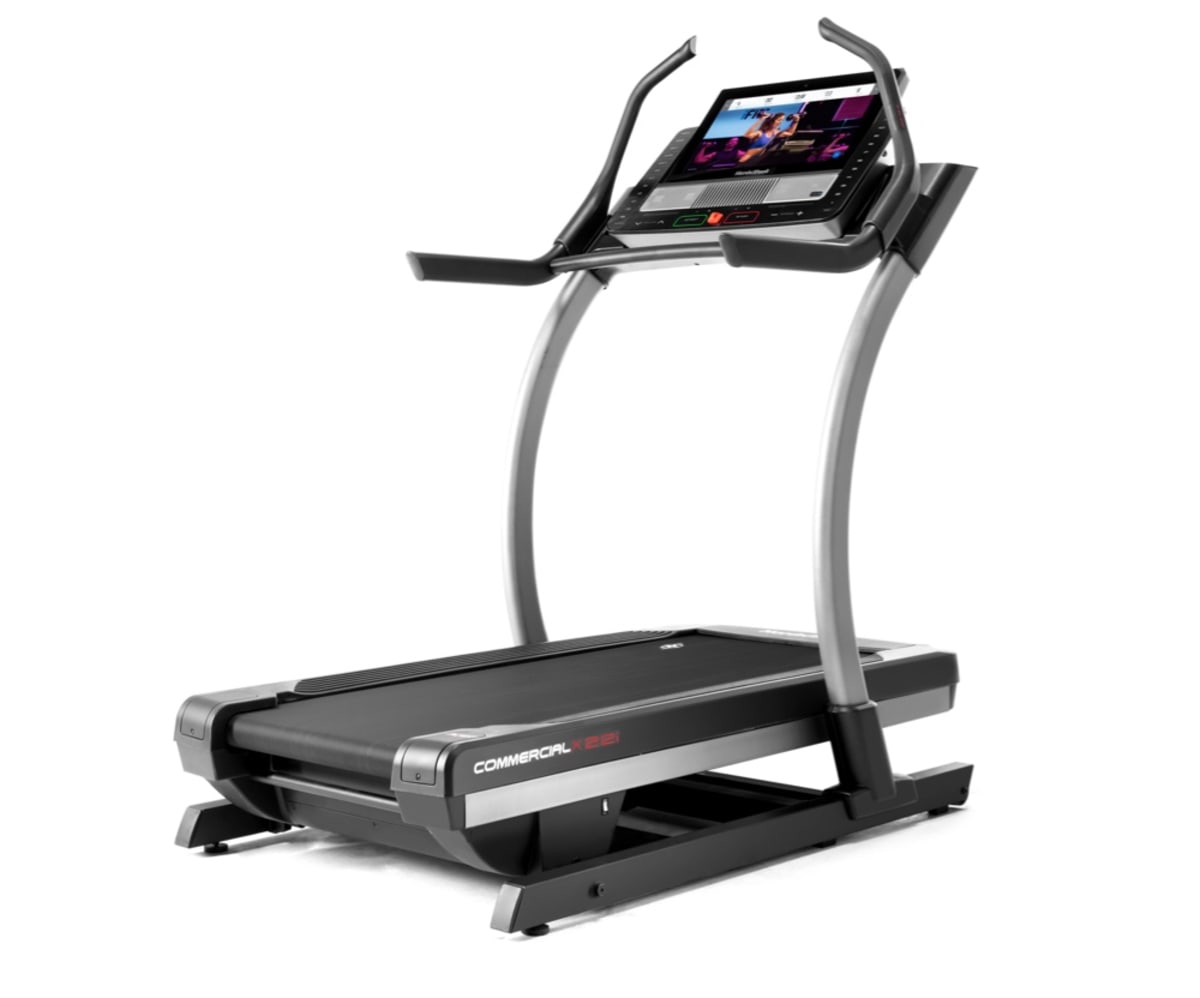