The NordicTrack T5 Zi Treadmill – Cardio Exercise on a Budget

The NordicTrack T5 Zi treadmill is a strong contender among budget cardio machines and is a good choice if you are a casual walker in need of an affordable way to get your daily exercise.

The console on the NordicTrack T5 Zi treadmill features a multi-window LED display that tracks your speed, distance, time, calories, and pulse.

It has a 5x7 workout matrix window, 1-Touch™ Incline and Speed controls, and the patented RaceTrack™ feature that shows your distance progress on an animated oval track. Workouts include 8 timed and 8 calorie-burning programs.

The full specs of the NordicTrack T5 Zi are: 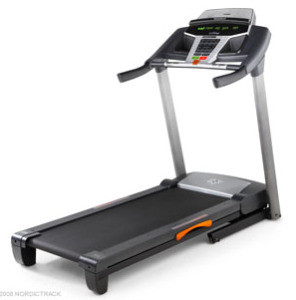 UPDATE:  The NordicTrack T5 Zi treadmill has been discontinued.  For a comparable machine take a look at the NordicTrack EXP Series models at the official company store for some great deals.

The NordicTrack T5 Zi treadmill is a solid-built machine even though it has some cheaper components than the higher priced NordicTracks starting at $999 and up.

It has a variety of good features: heart rate sensors built into the handlebars, an adequate sound system and convenient MP3 plug-in port, and it is compatible for the iFit® workout cards (an optional purchase). Each iFit card offers 8 weeks of goal-oriented exercises which greatly expands the number and variety of programs this treadmill offers.

The fold-up mechanism on the NordicTrack T5 Zi is not hydraulic and the console doesn’t have a fan, but those are minor points. Treadmill reviews have been positive for the most part, mainly because owners and equipment pros don’t expect too much out of machines that sell for this price.

But there again, cheap treadmills have seen incredible improvements since 2007. Most now have incline motors, better cushioning, more powerful motors, and heavier frames for a more solid feel. Kudos to NordicTrack for juggling better features while keeping prices down.

The NordicTrack T5 Zi does the job for walkers and light joggers, and is considered a good deal at $649. We would not recommend you pay more than that for this treadmill, since you should be looking at the EXP 7i if you plan to spend around $999 or higher, or even NordicTrack’s best treadmill, the NordicTrack Commercial 1750 treadmill at $1,599.

Otherwise, if you want to compare the NordicTrack T5 Zi treadmill head-to-head with another like machine, take a look at the Gold’s Gym Maxx Crosswalk 650 which has been a strong performer among budget treadmills for a couple of years now. 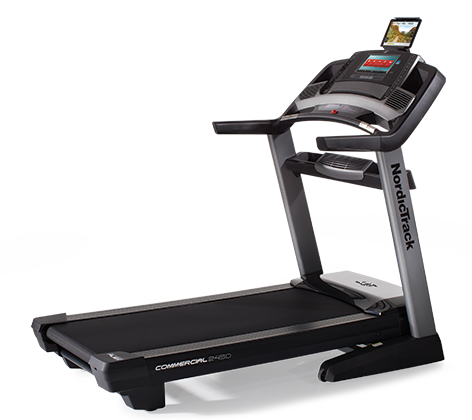